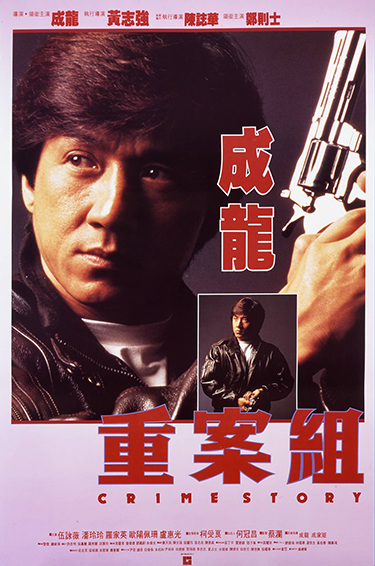 Based on the real life kidnapping of a Hong Kong billionaire, Crime Story marks a departure from Jackie Chan’s typical comedic performances for one of the grittiest and most dramatic roles he has played.

Jackie Chan stars as troubled and hot-headed police officer Eddie Chan, who is tasked with the protection of a wealthy businessman. However, when the businessman is kidnapped and taken for ransom, Chan sets out to track down the criminals to foil their plot and rescue him.

Partnered with seasoned detective Hung (Kent Cheng), the search for the kidnapped businessman takes them to Taiwan. However, complicating matters is Chan’s suspicion of his partner’s involvement in the abduction. Now it’s a race against time as Chan must uncover the truth, find the masterminds, and save the kidnapped victim.