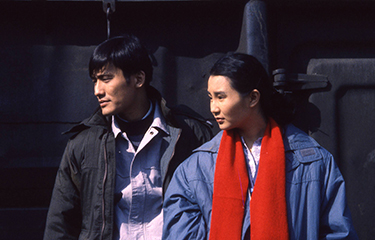 In this award-winning drama, director Clara Law exposes the harsh realities that underlie many Mainland Chinese dreams of emigration. And in the process, brings the bizarre and subterranean world of illegal immigrants living in New York City to the screen for the first time.

After finally being granted a visa, Li Hung (Maggie Cheung) travels to America to continue her education for the sake of her infant child with husband Nansan (Tony Leung Ka Fai). Encountering many adversities in her new life abroad, Li Hung eventually requests a divorce from her husband, and cuts off all communication with him. Desperate to re-connect with his wife, Nansan sneaks into America, arriving in New York where he experiences first hand the rigours of life as an illegal immigrant abroad.