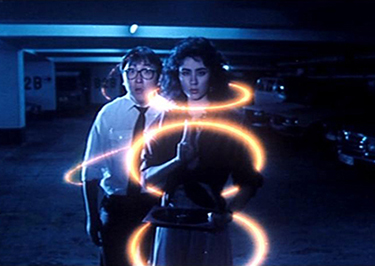 A big party is going in a newly built skycraper. Little do they realise what is happening around them. Under their very nose, sultry Judy is snatched by ghosts. She is recruited by the ghost king to lure target people into death.

Chee comes to the building as a guard since his uncle Fang is the chief of the guards. Chee sees Judy in trapping people with the help of ghosts.

Chee's girl friend leads Fang and Chee to consult a lady exorcist who finds out that the ghost king is determined to kill all people having a negative horoscope.

Fang, Chee and the girl are all negative in horoscope. The girl's brother is killed by the ghosts but still manages to inform her all three are to meet their death in the 14th night of the seventh moon.

Directed by the exorcist, Fang and Chee venture into the Great Beyond where they destroy the body od the ghost king. All people with a negative horoscope are saved.