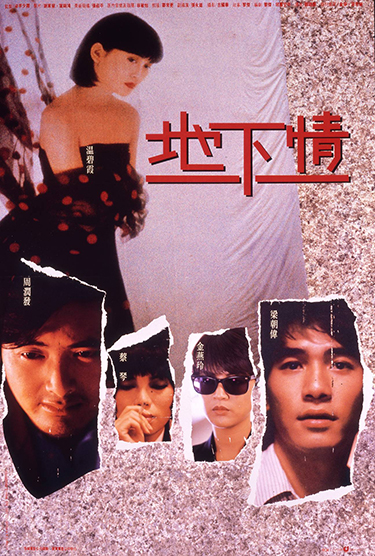 In Stanley Kwan’s sordid take on lust and murder; a beautiful model, Billie (Irene Wan) and her two friends, Ping (Elaine Jin) an up and coming starlet, and Ling (Tsai Chin) a singer, meet Tony (Tony Leung Chiu Wai), the playboy son of a wealthy rice merchant. Tony has a penchant for nightclubs and drinking when his daily work with his father ends. When Ling is found murdered, the methodical Detective Lan (Chow Yun Fat) is assigned to investigate the case, putting the remaining survivors under scrutiny. Lan must make sense of their complicated relationship in order to unravel the twisted case.

Back to Chow Yun FatBack to Stanley KwanBack to J~L