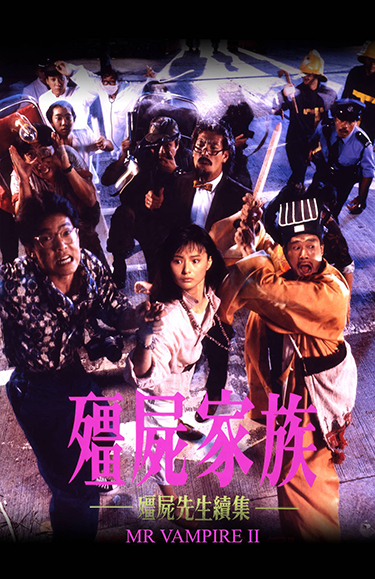 The hopping vampires return as the sequel to the classic Mr. Vampire moves the setting from ancient China to modern-day Hong Kong, and includes a whole family of bloodsuckers. Inevitably, the little vampire comes into contact with a young brother & sister team who confuse him for an illegal Chinese immigrant. Lam Ching Ying returns in his trademark role as he attempts to control and safely transport the vampires to their graves...