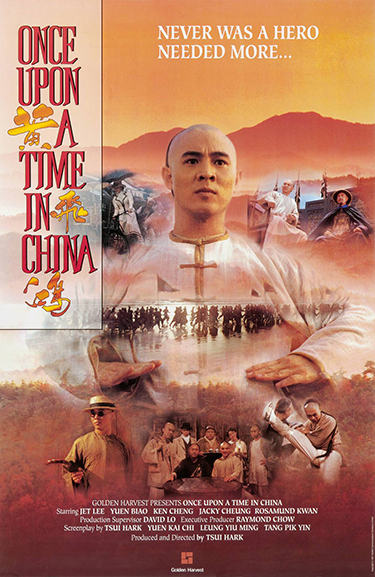 Once Upon a Time in China

The first of Tsui Hark’s renowned epic series of films, Once Upon a Time in China is the film that defined Jet Li as an action superstar destined for the international stage, with his portrayal of the legendary Chinese folk hero Wong Fei Hung. Set in late 19th century China, the increasing Western presence in the area begins to escalate hostilities between Chinese and Western forces. Under the request of the Black Flag Army, martial artist Wong Fei Hung begins to recruit and train a militia of kung fu warriors to help protect the town. Meanwhile, Leung Fun (Yuen Biao) and his master Yim (Yen Shi Kwan), begin to collude with the infamous local gang Sha Ho to oppose Wong and his militia. In order to execute their plans, the Sha Ho and Yim assist Western forces in a dastardly plot of their own, forcing Wong and Leung Fu to confront the realities of a Western presence in Asia.