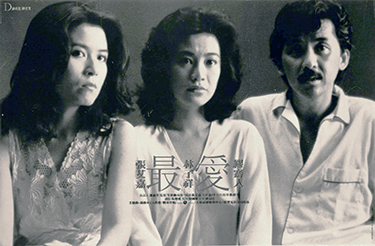 Starring and directed by Sylvia Chang, Passion tells the story of the complex relationship between two middle-aged friends who sit down and reminisce about their lives.

Wendy (Sylvia Chang) and Ming (Cora Miao) are inseparable friends who are both in love with handsome lawyer John (George Lam). When Wendy can't bring herself to tell him how she feels, John ends up marrying Ming. Wendy soon marries a kindly older man named Dr. King (Chung King Fai), though the union proves to be more of admiration than of passion. Over time, Wendy and John eventually drift into an extramarital affair. As the two friends continue to drink and talk, Wendy eventually unburdens herself of a secret to Ming.