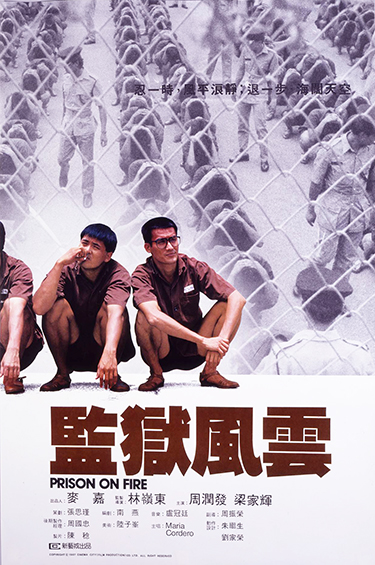 Made following the success of City on Fire, Ringo Lam’s gritty prison drama Prison On Fire was Hong Kong’s second highest grossing film in the year of its release, depicting a story of brotherhood, set against the backdrop of brutality and inhumanity inside prison.

Internationally acclaimed actor Chow Yun Fat plays an experienced convict Ching, who was placed in prison following the murder of his wife.

Familiar with the inner workings and politics of the prison system, he saves the naive Yiu (Tony Leung Ka Fai), a new inmate placed in jail for manslaughter, from the abuse and taunts from fellow prisoners and wardens, taking him under his wing. Making life more difficult for them is the high-ranking prison guard Hung (Roy Cheung), whose use of manipulative tactics to keep inmates in line often lead to infighting and numerous inmate betrayals.