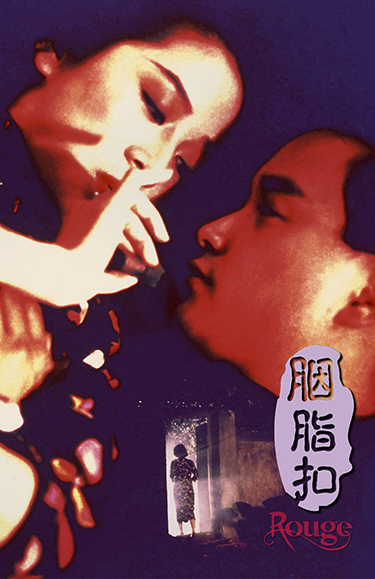 Adapted from the Li Bi Hua novel of the same name, Stanley Kwan’s acclaimed multi-award-winning film Rouge is one of Hong Kong’s true cinematic gems, and widely regarded as an Asian film classic.

Anita Mui plays Fleur, a high-class courtesan in the 1930s who begins a passionate love affair with Twelfth Master Chan Chen Pang (Leslie Cheung). With their love for each other doomed, due to Chan’s disapproving family, the two lovers resolve to be together in the afterworld by swallowing opium.

However, finding herself alone in the afterworld for fifty years, Fleur re-immerges in the world of the living, and with the help of two journalists, Yuen (Alex Man) and his girlfriend, Chor (Emily Chu), sets out to look for her long lost lover.