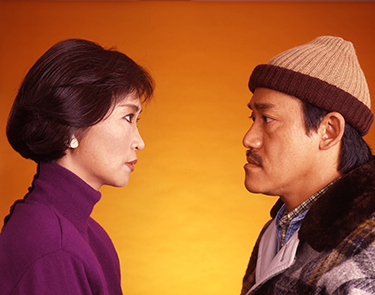 The Wrong Couples marks the first reappearance of Josephine Siao in an onscreen role after she temporarily withdrew from the entertainment world. Her brilliant performance won her ‘Best Actress’ at the 1988 Hong Kong Film Awards.

After returning home from a prolonged voyage, sailor Yu (Richard Ng), is shocked to discover that his wife has left him, and their house is sublet to another woman, May Wong (Josephine Siao). Forced to live under the same roof with each other’s unfamiliar habits and idiosyncrasies, Yu and May both have trouble adapting to their new lives. Intent on moving on, Yu only stays to take care of his young daughter. However when times become tough for Yu during his divorce proceedings, he and May begin to cultivate a relationship and discover a new found appreciation for each other’s company.